This year,  September 20 & 21, once again I will be participating in the Edmonds Art Studio Tour. This event has become a destination, gaining in popularity and acclaim, and is now in its 9th year! I was fortunate to be a guest artist at Cami Smith’s studio that first year, was at Lynn Scott’s studio last year, and this year will be in Studio 11, with Mona Fairbanks in her studio, along with Robin Westbrook with her beaded jewelry.

This year I will have paintings as well as some 3D work, assemblage figures that I’m working on as of this summer, as well as some less expensive work, drawings, paint sketches, small collages and prints. People have shown an interest in these works, so I’m bringing them along for the tour.

In preparation for this year’s tour, we thought it would be good to give folks a chance to get to know us better, and so we put together an artist interview project. Here’s mine!

Photos from last year with Lisa JonesMoore and Lynn Scott: 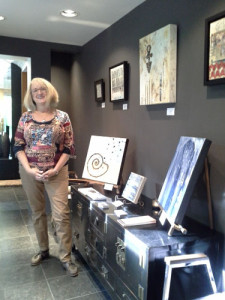 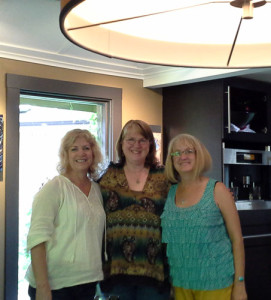 Photos from the first year with Cami Smith, Cami’s mom and Pat, pictured below with happy hands! 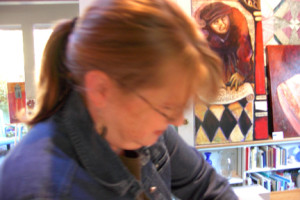 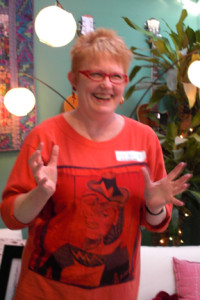 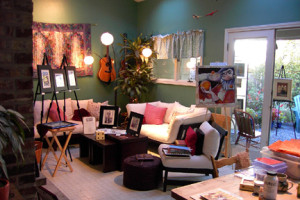 Here’s the link to the Edmonds Art Studio Tour 2014!

This site uses Akismet to reduce spam. Learn how your comment data is processed.